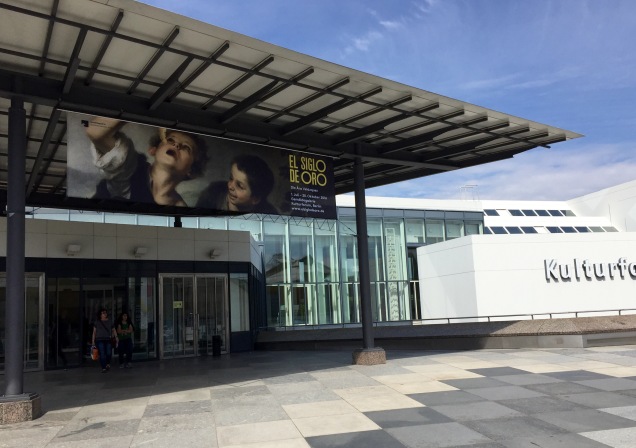 A temporary exhibition at one of my favourite Berlin museums, the Gemäldegalerie, introduced me to the Spanish Golden Age. The phrase “Siglo de Oro” didn’t ring any bells, even though as a Dutch history buff I know all about the Golden Age – the one in Holland, of course, not the Spanish one. It turns out that both countries’ Golden Ages coincided, both covering the late 1500s until the late 1600s.

Interestingly, during most of these two countries’ Golden Ages, they were actually fighting an (at times) bloody war: in the Eighty Years’ War (1568-1648), the Protestant Northern Netherlands, under the aegis of the Orange-Nassau dynasty that still rules today, sought to gain independence from Roman Catholic Habsburg Spain.

Another parallel between the Dutch and the Spanish Golden Ages is how they manifested themselves in painting. The Dutch Gouden Eeuw gave us the works of Rembrandt and Vermeer, the Spanish Siglo de Oro Velásquez and El Greco, to name a few important representatives. Here are some pictures that shed some light on the religious and political conflict between north and south, Protestant and Catholic, and republic and monarchy.

The Rembrandt picture, originally even larger than The Night Watch but later cut down by the artist, shows Claudius Civilis, a Germanic fighter of the Batavian tribe, who lived on the lower Rhine. He led an uprising against the occupying Romans in 69 CE. It is, of course, an allegory of the Dutch revolt against the Spanish.

Vermeer, who converted to Catholicism upon marriage, spent the last years of his life living next door to a clandestine Jesuit church in Delft. His story reinforces the fact that the northern Netherlands, to this day, never became fully protestant, but that large groups of Roman Catholics remained.

This picture, one of Velásquez’ most famous, shows one of Spain’s rare military victories in the second half of the Eighty Years’ War. General Spinola, a friend of the painter, conquered Breda, a frontier city between the Northern and Southern Netherlands and a Nassau stronghold, but is said to have shown mercy on the besieged.

Finally, El Greco, “the Greek”, who may have carried Byzantine influences to his Toledo workshop, worked almost exclusively on church commissions and did not include political themes in his works. However, he was probably the catalyst that triggered the Spanish Golden Age of painting.

The Berlin exhibition, showing some famous masterpieces of the era, does give a fine impression of the importance of the arts in 17th century Spain. Many works, especially from Seville and Valencia, were commissioned by the Church, such as these statues of two Jesuits.

They show Ignatius de Loyola and Francisco de Borja, first and third Superior General respectively of the famous and powerful religious order at the heart of the Counter Reformation. 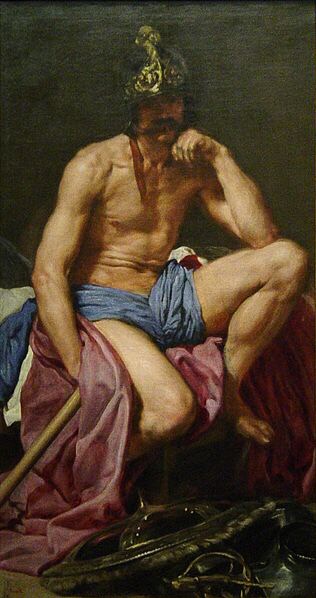 But my favourite picture must be “Mars resting”, created by Diego Velásquez while court painter to King Philip IV (1605-1665). Mars, the God of warfare, is shown in a rather despondent state. His weapons lie at his feet, and his drooping posture seems to say that he is weary of war. Would its assorted enemies, the Netherlands included, finally have gotten the better of Spain?