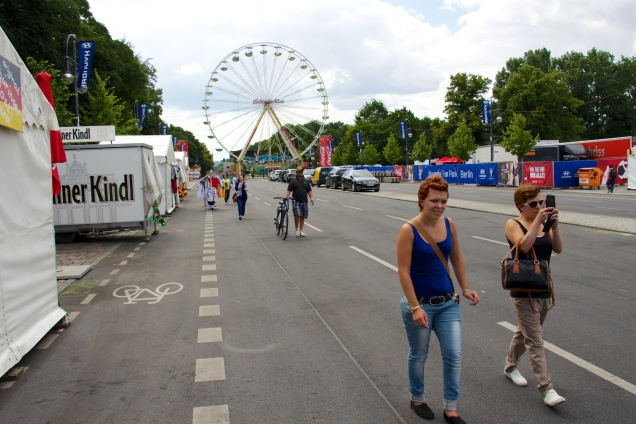 Today is the 17th of June – and that used to be (West) Germany’s national day, until reunification came along. Why? On 17 June 1953, the first major people’s revolt against Eastern Germany’s communist regime took place. Soviet tanks came in to restore order. In the end, there were more than 100 dead, and many more sentenced to long stays in prison.

All you can say for the Russians is that in those days, when they sent tanks into “countries in their sphere of influence”, at least they didn’t try to hide it.

I decided to go and take a look if there was anything special going on at the Straße des 17. Juni (Street of June 17th) – the main East-West thoroughfare that is the extension of Unter den Linden. It runs from Brandenburger Tor, through the Tiergarten, past the Siegessäule and all the way to Charlottenburg. 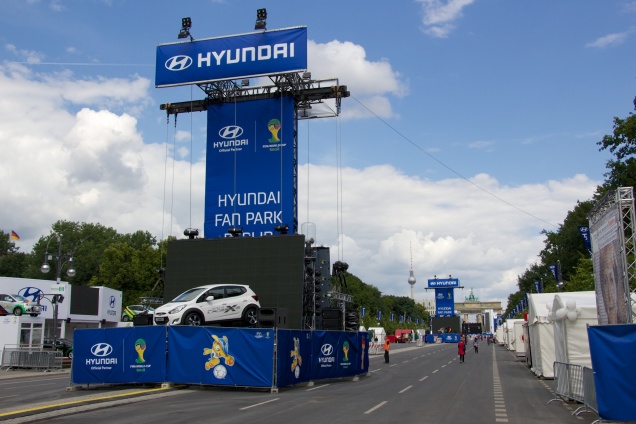 Ironically, and probably intentionally, the Straße des 17. Juni actually runs past two Soviet tanks – the ones that are mounted on top of the Soviet War Memorial. Today however, not much was visible of the tanks, or indeed the memorial, as the Straße des 17. Juni is fully taken over by the Hyundai Fan Mile – a celebration zone for the Brazil football World Cup, complete with big screens, sausage vans and lots of beer outlets.

When you get to the end of the fan zone, at Brandenburg Gate, you get a sense of what it must have looked like when the wall was still there… 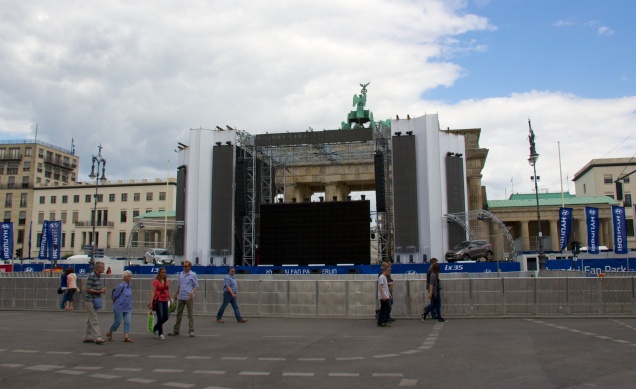 Another Berlin locale linked to the people’s revolt of 17 June is the “Platz des 17. Juni”, actually the forecourt of the current Federal Ministry of Finance.  In the GDR era, it was called the House of Ministries, and before that, it was Goering’s Airforce Ministry. This place, on the corner of Leipziger and Wilhelmstraße, is where the revolt actually took place, and where the official memorial is located.

The revolt started when construction workers from Stalinallee (current Karl-Marx-Allee) protested against the raising of performance norms by another 10% – without additional compensation. One after the other, different sectors of the economy joined in the protests, until it all ended in tears. 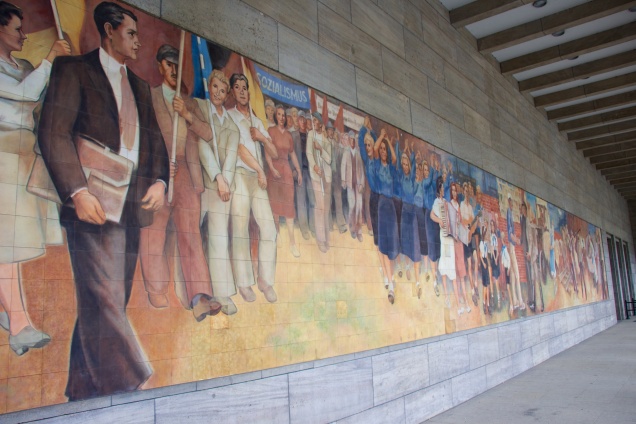 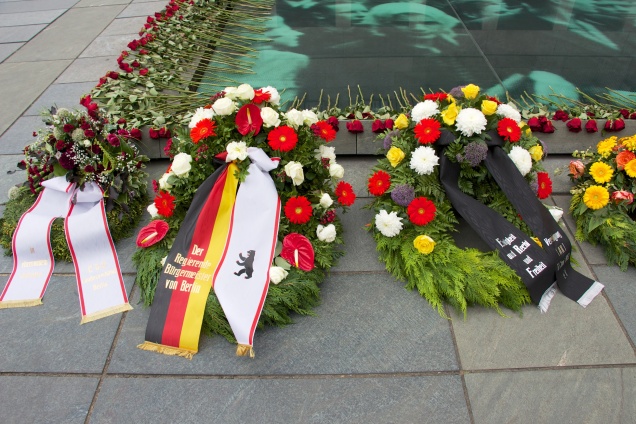 Wreaths and flowers are laid at the memorial every June 17th by Federal Government, Senate of Berlin, and political parties.

Today, the 17th of June is not Germany’s national day anymore – that is now the 3rd of October, the day of official reunification. But the victims of the people’s uprising are still remembered, and honoured, at the memorial of the 17th of June.