From the top of the keep tower of Spandau Citadel, we discovered this collection of statues lumped together behind a fence in a corner of the grounds. I didn’t give them a second thought until we left – when I found out, by accident, that there was a link with the Kaiser.

They are the once-famous statues of the Siegesallee – or Victory Boulevard – a present that Wilhelm II gave the Berliners to help “make the city the envy of the world”. The statues represented all 32 Prussian royal figures, starting with Albrecht the Bear, each of them flanked by two acolytes from their era (bishops, or scientists, or artists).

Berliners of the day are never lost for a good nickname for a new construction project and immediately called it the Puppenallee (Doll’s Avenue), or later on, when many of the statues began developing defects, ‘Neue Invalidenstrasse’. Strikes a chord as we live in the (old) Invalidenstrasse ourselves.

The Siegesallee ran through Tiergarten park, due North-South, just west of the Reichstag, and as you can see from this postcard, it was quite wide. During WWII, this part of Tiergarten was turned into a potato field and after the war, the Soviet Army built its famous War Memorial right across the previous trajectory of the Siegesallee. The Allies saw the statues as a clear symbol of Prussian hubris and first wanted to dump them with the rest of the city’s rubble on Teufelsberg – but a German state curator intervened and buried the statues in the grounds of Schloss Bellevue, where they resurfaced in the late 1970s.

When the Tiergarten forest was replanted, no trace was left of the Siegesallee and the Soviets even built their famous War Memorial (the one with the tanks) exactly on top of its former route. 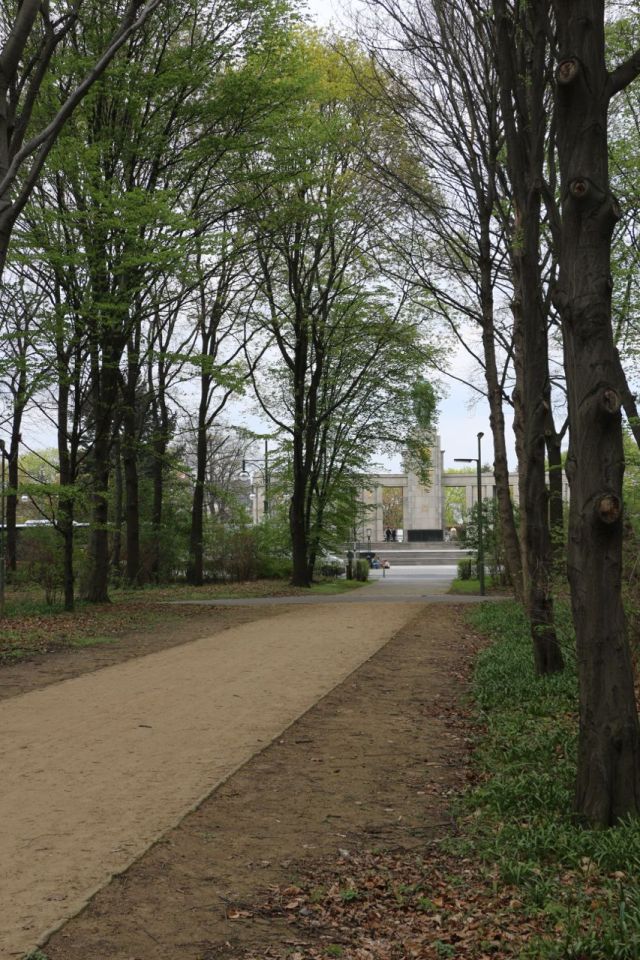 Slowly, remembering this megalomaniac project has become acceptable again, and since 2006, a footpath exists which traces the original path of the avenue. And, apparently, the statues at Spandau are awaiting restoration for a fully-fledged exhibition sometime next year. Watch this space for more news!